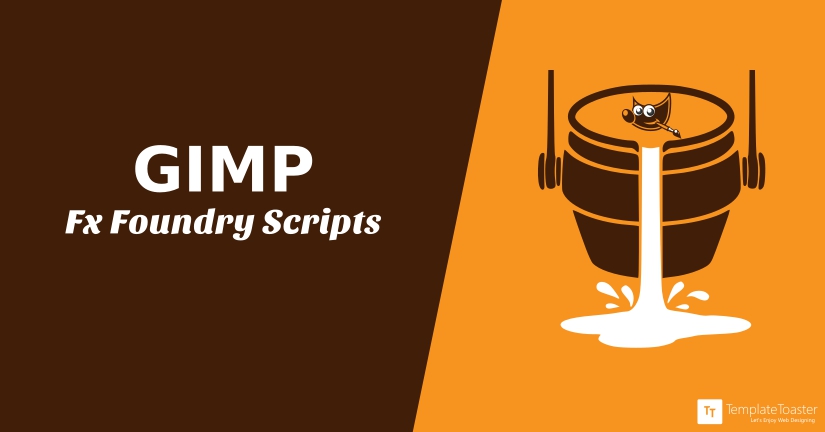 GIMP Fx-Foundry as the name suggests a foundry for graphics. It is a huge knapsack of 100+ image processing scripts. Each of these scripts adds an individual feature to work with the GIMP. To be honest, FX-Foundry is a whole suite of plug-ins in itself. The number of scripts in this pack is so large that I doubt anybody will use all of these GIMP scripts in the whole life.

How to Install GIMP Fx-Foundry for Windows

Installing Fx-Foundry is like a piece of cake. You do not have to touch the settings to install it. All you need to do is, 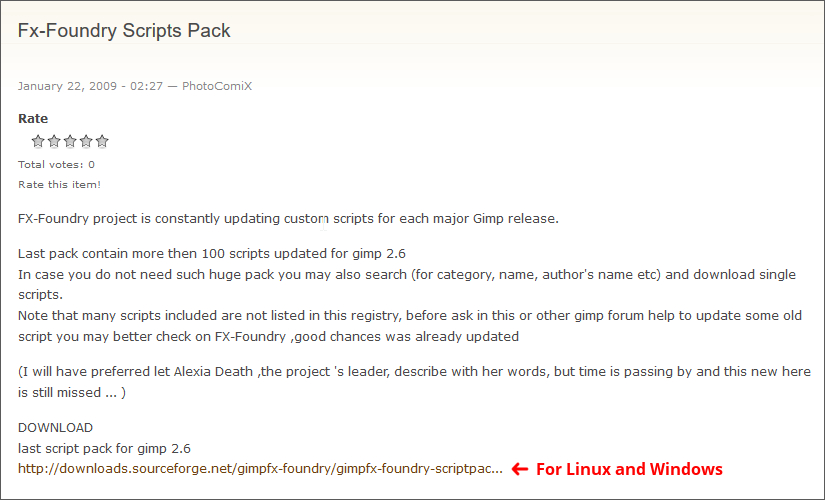 Step 2: A zip file will be downloaded. Unzip it and extract the files out. 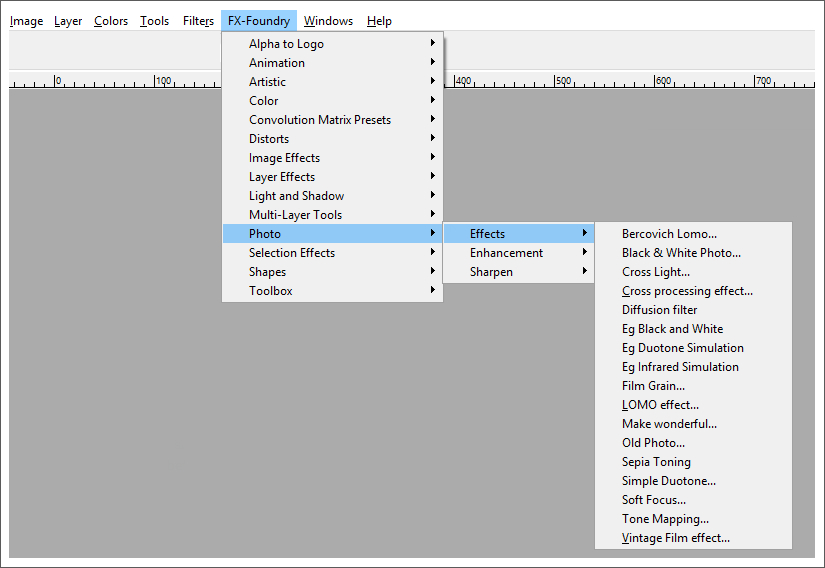 How to Install GIMP Fx-Foundry for Linux

Step 2: A zip file will be downloaded. Copy the zip to /home/”username”/.gimp-2.8/scripts. 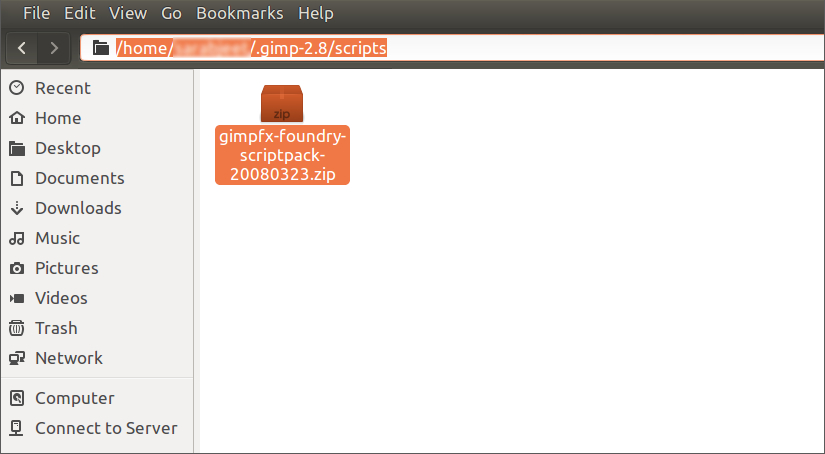 Step 3: Unzip it and extract the files out. Select all files and right-click > properties > permissions. 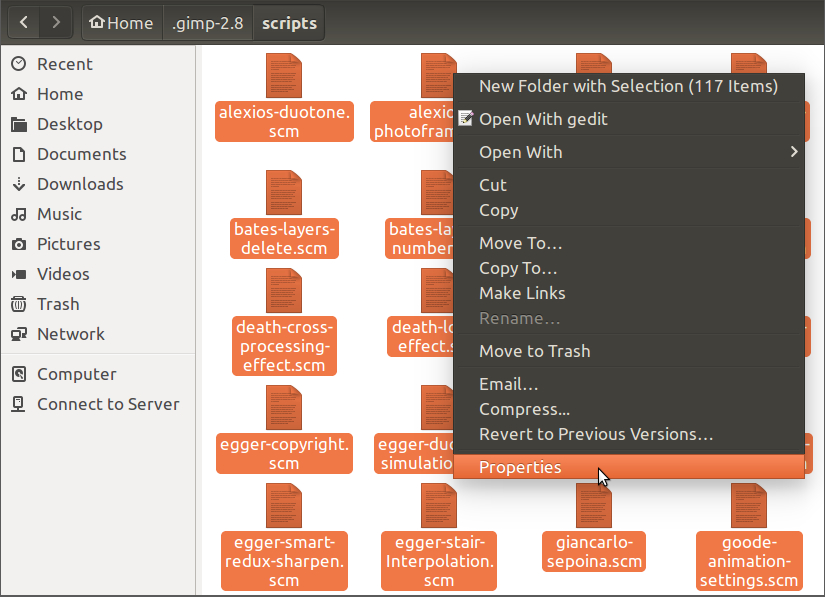 Step 4: Set Permissions as required for particular user/group, to “read and write” and tick the checkbox “allow executing file as program”. 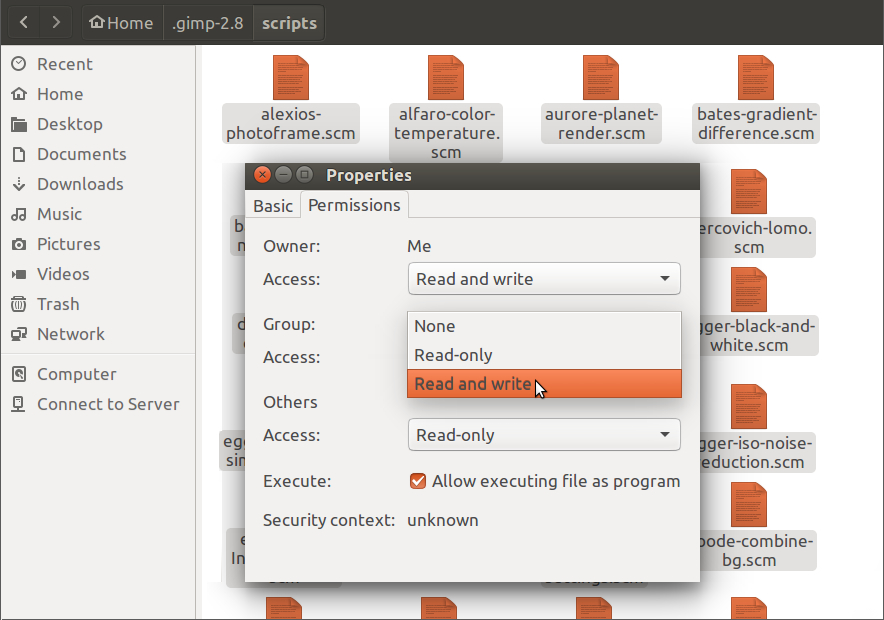 This is all, a new menu option will appear in the main menu once you restart or open the GIMP. After downloading let’s now talk about the feature list. Here it is 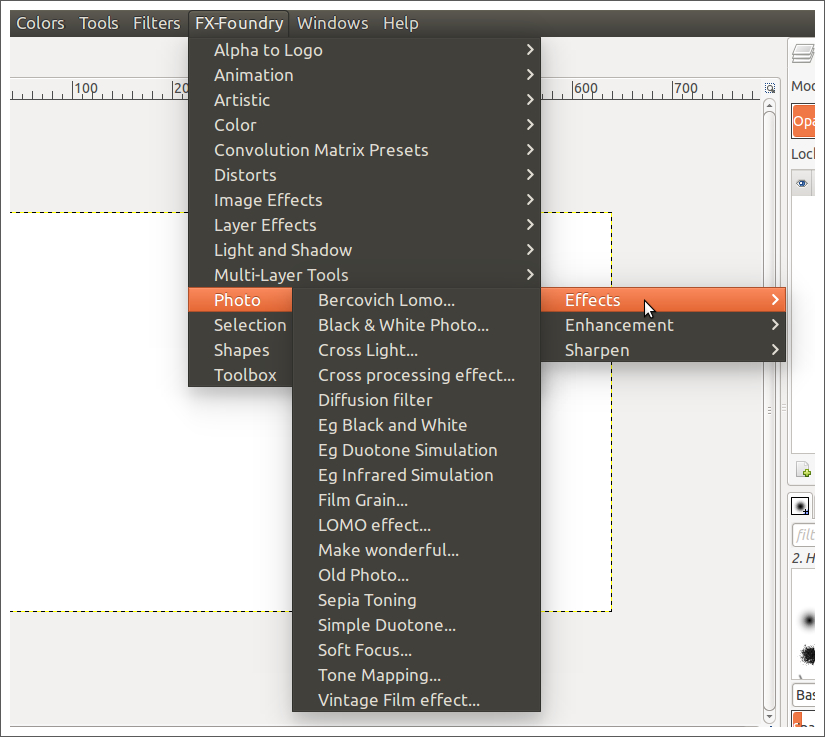 This list is not just a wide list but also very handy. Since we cannot talk about all of them so let’s come straight to the ones we are going to talk about. The photo menu offers a wide list of effects to help you transform your photos into the most desired ones. There are a number of effects you could add to your image and I must say, if you are to explore them all, you might need days!!! Let’s simplify it for you and talk about the few we liked the most.

This is a type of Lomo Effect that converts photographs by adding a bit of contrast, brightness and color tone into the photo making it appear a little brighter and color-rich. It provides the image a new and a better look.

In its dialogue box, you could select the amount of fringe offset i.e. how much of frame you want to add to your image. You can also select whether you want to boost fringe by making the frame appear more wide and clear or not. 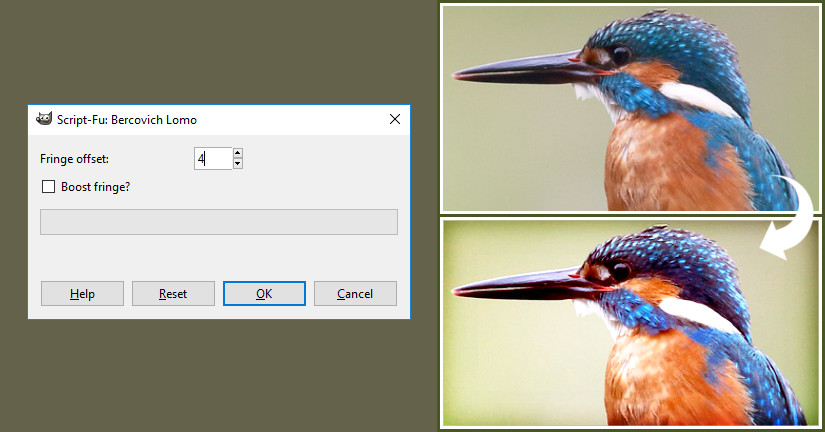 In the dialogue box of LOMO effect, you could choose if you want to work on the same image or on the copy. Also, you can flatten your image if you want to. 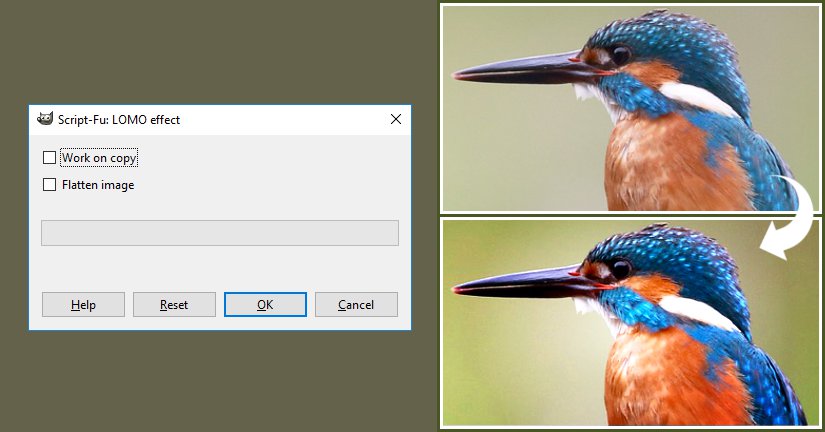 Now, there are two LOMO Effects in the list. Let’s find out how they are different from each other.

This effect converts your colored image into black and white. This is a very basic effect with the help of which you can drain out all the colors from your image making it look more of black and white.

In this effect, you can manually select the darkness, contrast, and mottle providing your image the desired look. Darken, makes your image dark, Contrast helps you to add contrast to your image and Mottle removes colors from your image making it look a bit more stained or old. You can also remove focus from your image by ticking the Defocus check box. 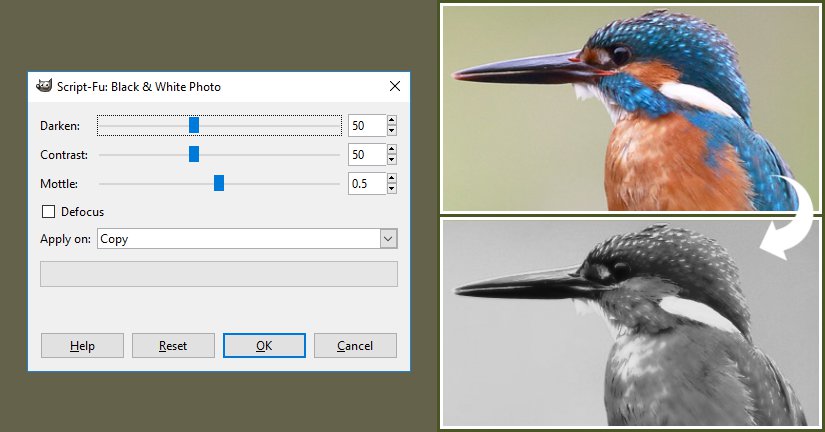 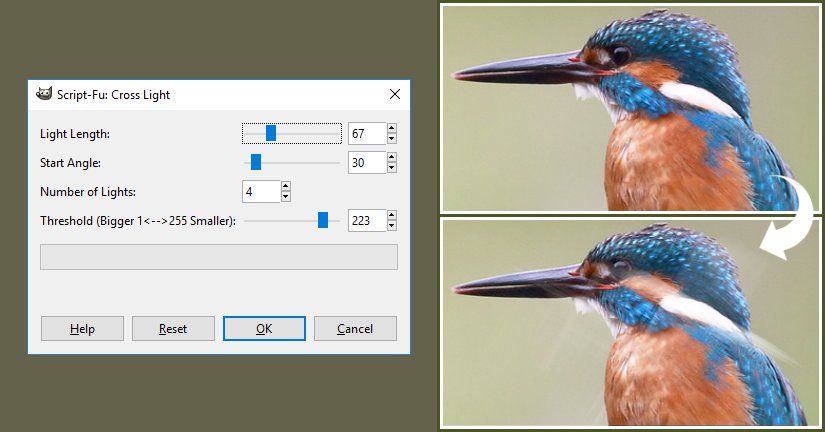 It offers you flexibility to choose the color of the overlay. You can also select if you want to flatten your image or not. It also provides you the freedom to work on the same image or on the copy. 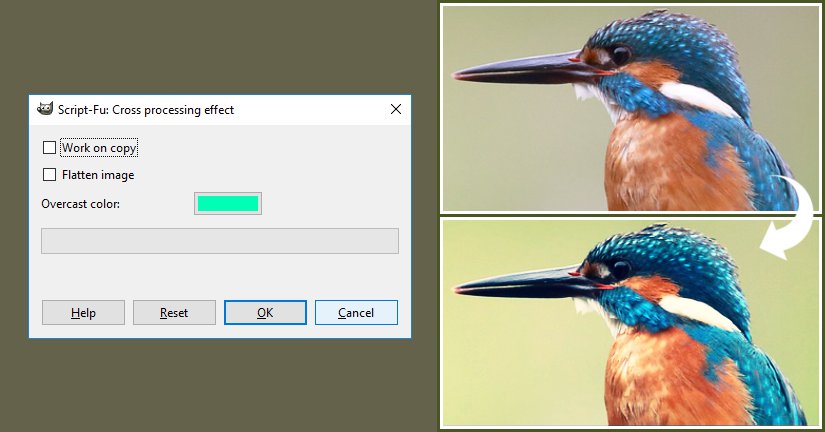 In this effect, you can adjust the radius, level, and intensity of your effect and you can tick the checkbox in front of negative if you want to add a negative like effect into your image i.e. it darkens your image a bit making it appear like it is a negative of a photograph. 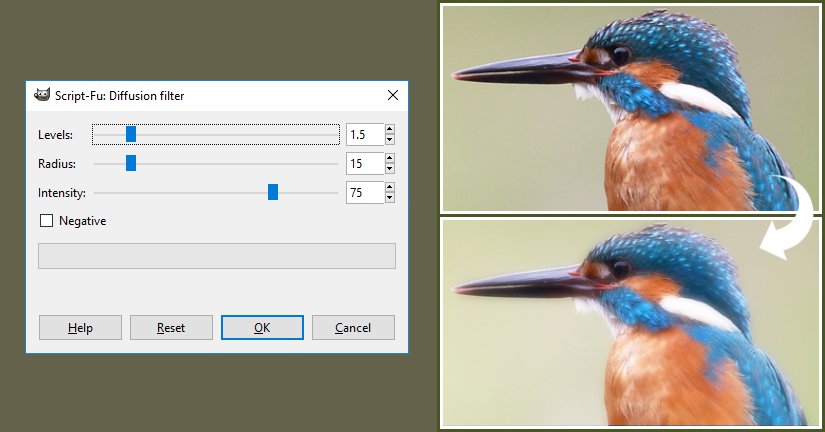 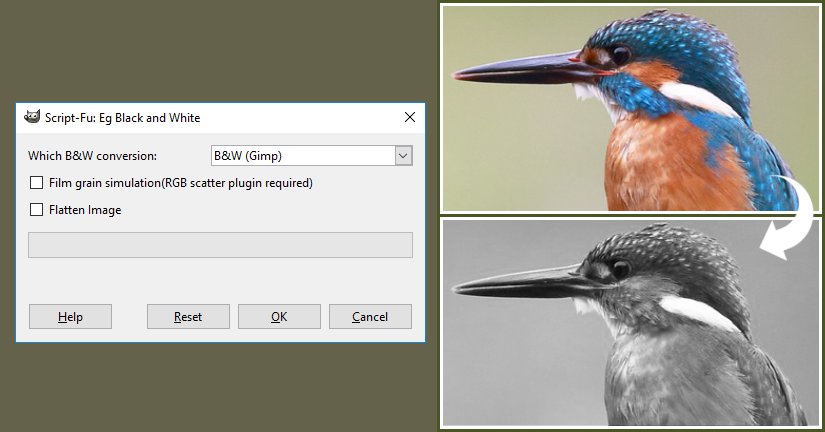 As the name suggests Eg Duotone Simulation provides the image a dual tone. This is mostly used to bring middle tones and highlights of an image out.

It helps you to color your image in two tones and also allows you to choose the second color of your choice. In the dialogue box, it offers you to select the tone, opacity, and color of the simulation. You can also select if you want to flatten or turn your image to black and white. 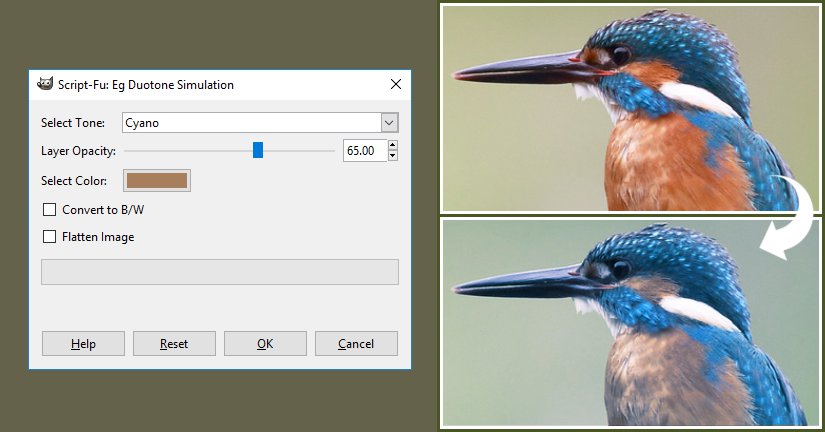 It is a Photo Effect that overlays the image with an Infrared layer. It adds a layer of Infrared light over the image and makes it look more like an image with B&W + Red Filter. 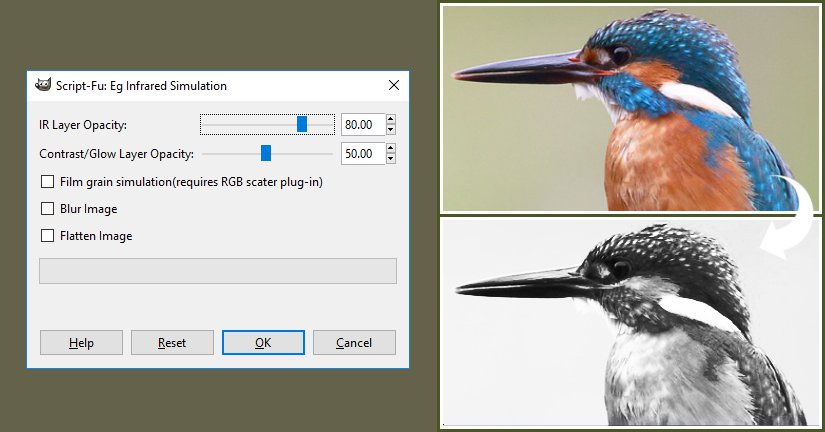 Film Grain is a type of effect that adds a film over your image making it look more like solid. It adds a texture like a grain of wood or stone over the image and makes it appear like it has been carved out of stone or wood.

It offers you to adjust your Grain Size, Blur Amount and a Midpoint of the effect. You can also add a layer mask to your image if you want to. 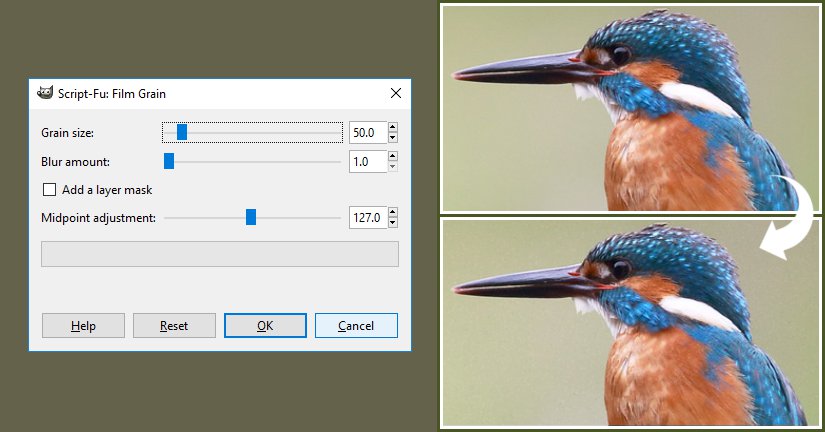 Make Wonderful is a type of effect that adds a blurry and whitish effect to the image. It makes your image look very bright but proportionally blur thus making the image vague.

In the dialogue box, it offers you options like Flou which makes your image blur, Luminosite which adds brightness to the image and Contraste which adds contrast to your image. You can adjust these aspects accordingly to make your image suit your taste. Also, you can flatten your image by checking the box against Aplatir l’image. 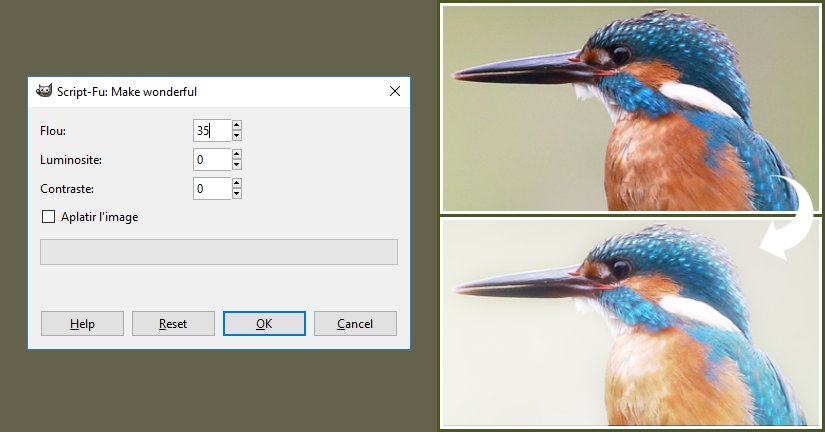 Sepia, as the name suggest, adds a reddish brown color into your image. It saturates the color completely into the image and makes it appear like it has been taken like that only. It makes the image look like as it has been taken in the moonlight during the night.

In its dialogue box, you can adjust hue, saturation, lightness, opacity and color according to your taste.You can also select if you want to flatten, desaturate your image. 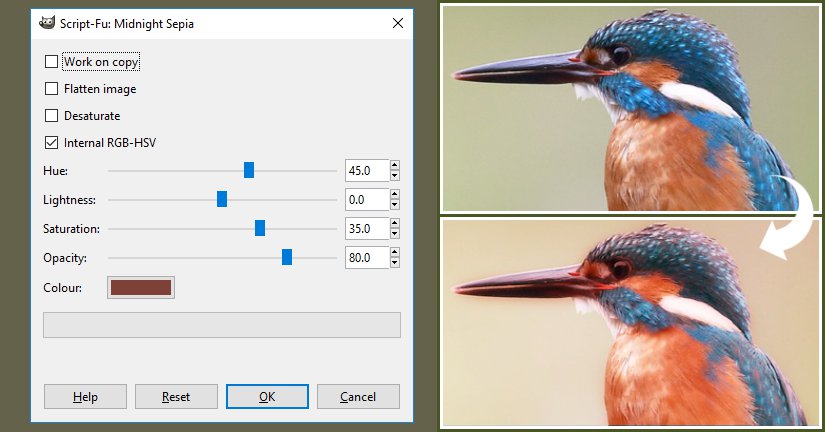 This effect makes your image look like it has been taken in the old times. It makes the image look old. Not only this it extracts out the colors from the image and makes it appear a little dull or stained.

It offers you options to use Borders, Sepia, Defocus and Mottle into your image. You could also adjust the Mottle size and border size of your image according to your taste. 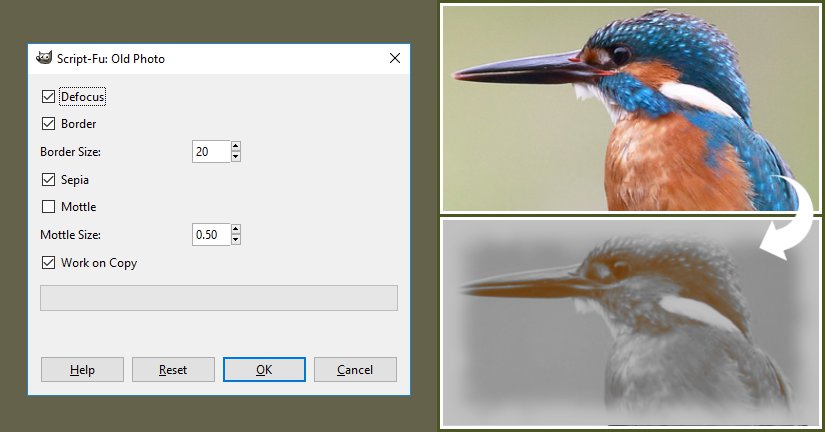 This effect makes your images look more like they are printed in a newspaper. The image appears more like color deficient printed on a bad quality of paper.

It has a very large dialogue box with a plenty of options like Base Layer Opacity, Contrast, NewsPrint Effect etc. You can change these option settings to explore more of this effect. 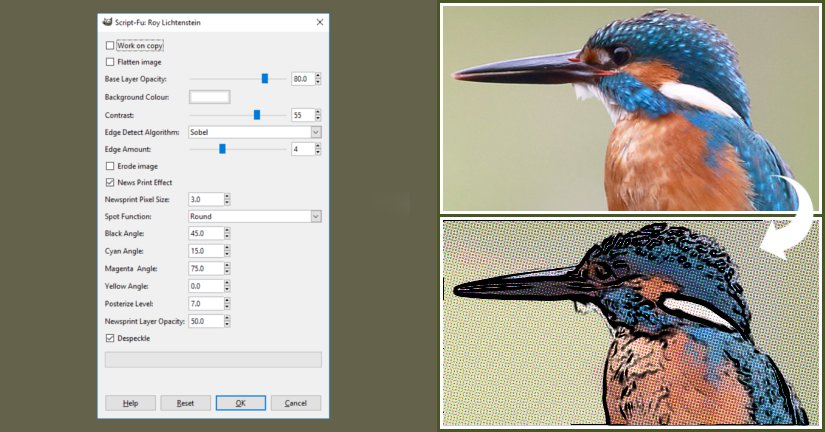 Well, to be frank, I could not access this effect as every time I tried using it this error message got flashed. 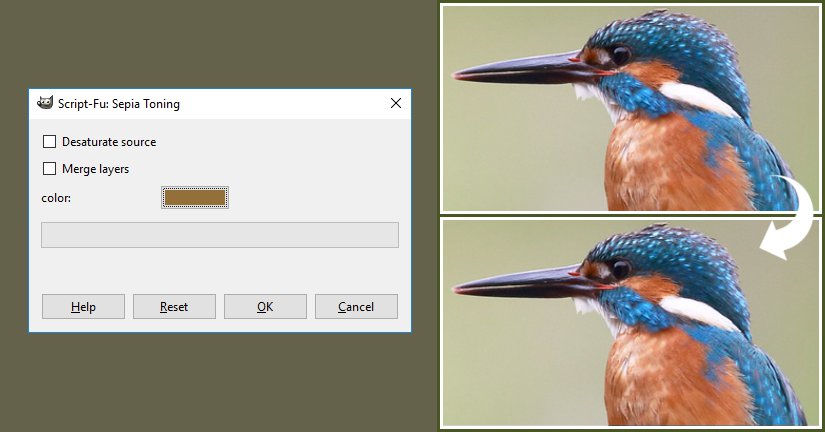 Simple Duotone is very similar to Eg Duotone Simulation. It provides your image a dual tone look but this time the toning is a bit more automated or you can say a bit less manual. You just have to select the second color, rest is managed automatically by the tool.

In its dialogue box, you get options like tint color and flatten image etc. You do not need to adjust any other aspects of the effect, just the color you want to tone your image with. 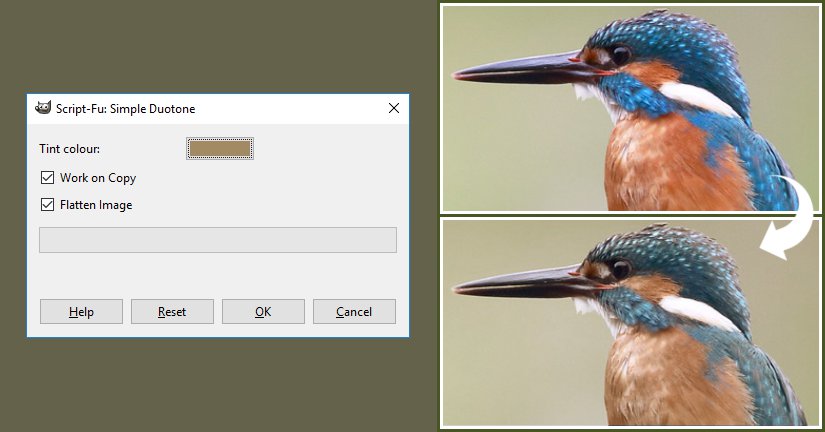 This effect adds a soft focus to your image. It blurs your image making it a little foggy. It softens your image and makes it appear a bit more dreamy or dusky.

In its dialogue box, you will get an option to adjust the blur amount on a scale between 1-100. 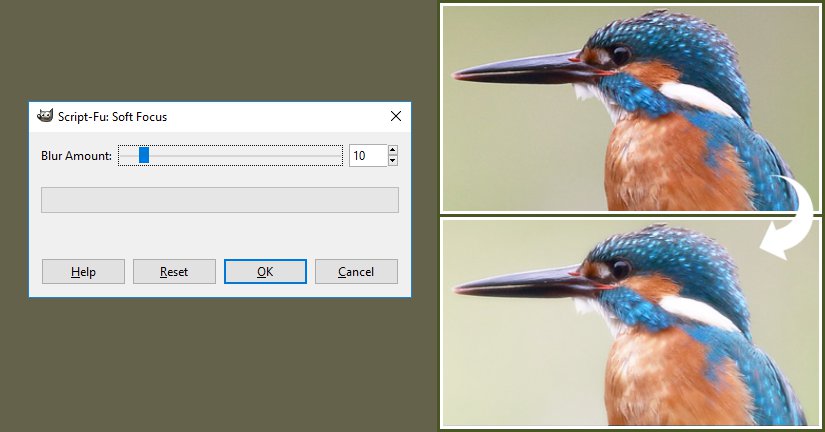 Tone Mapping helps you to adjust the tone of your image by adjusting the color combination, brightness and contrast of your image making it appear more like eye pleasing. It adjusts all of these aspects automatically and you need not adjust them manually.

In its dialogue box, you get options to adjust the opacity of the tone. You can adjust the amount by which you want to blur your image on a scale from 100-500. 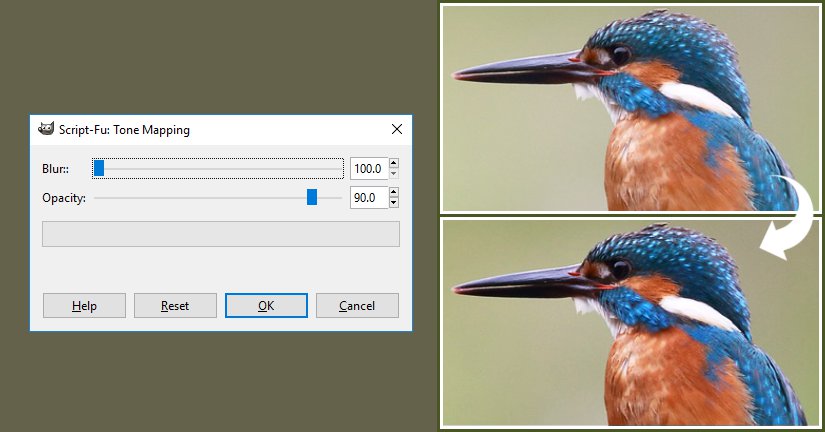 In its dialogue box, you can select whether you want to flatten your image or not. You do not have to tweak any settings to apply this effect to your image, everything is managed by the tool itself. 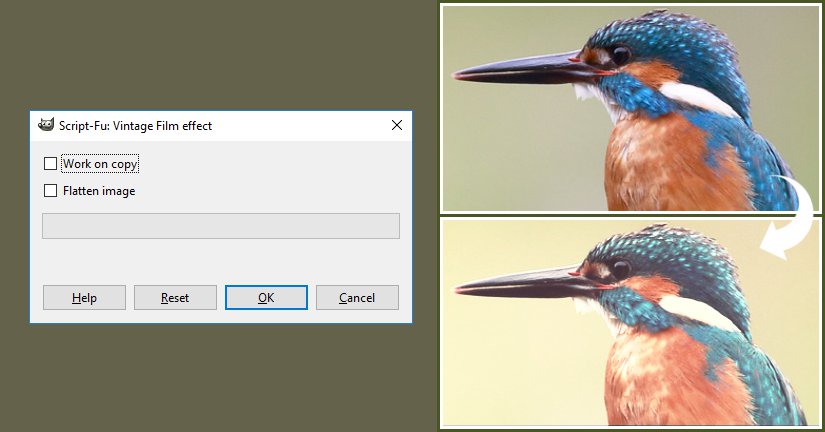 These are the effects you are going to find under the Photo Menu. All of these have their uniqueness and different use. Thus, I must say GIMP Fx-Foundry is a huge pack or rather a complete repository of image processing scripts that adds a lot of functionality to work with GIMP.

In this article, I tried explaining all the photo effects you get with GIMP Fx-Foundry. If you still have any ambiguity, questions or even the suggestions, feel free to reach us through our comments section below.